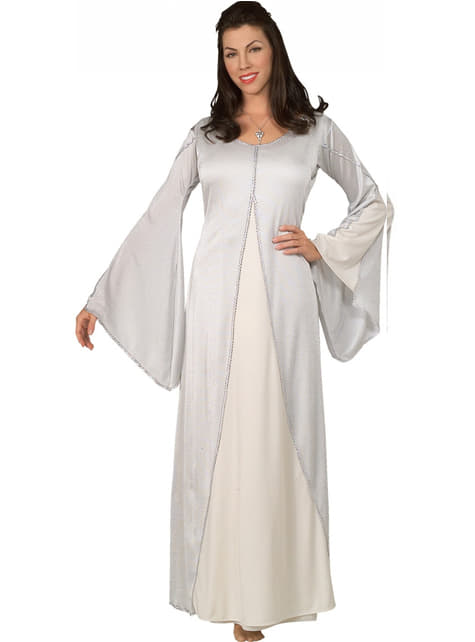 Arwen The Lord of the Rings costume for a woman

Transform into the elf queen and fall in love with Aragorn with this Arwen The Lord of the Rings classic costume for a woman.

The Lord of the Rings is an epic fantasy novel written by J. R. R. Tolkien that takes places in Middle-Earth, a fictitious place inhabited by different races like hobbits, humans, elves, and dwarves among others. The story chronicles the adventures of a hobbit, Frodo Baggins, as he tries to destroy the one ring, the source of power for its creator, the Dark Lord Sauron, and the battles that he wages to recover it. The saga is divided into three parts, "The Fellowship of the Ring", "The Two Towers" and "The Return of the King" which were on at the cinema and directed by Peter Jackson, and were hugely successful at the box office. They picked up 16 Oscars from the Academy of American cinema.

This impeccable white Arwen costume includes a dress with sleeves that are widened towards the wrist, emphasizing the style of the elves of Middle-Earth. It also has silver details on the edges to give a more innocent touch to the dress. 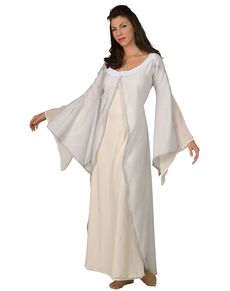 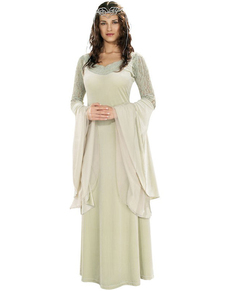 Upload your photos to Instagram with the hashtag #funidelia followed by #funidelia05294.

Product Rating: "Arwen The Lord of the Rings costume for a woman"
Sizes