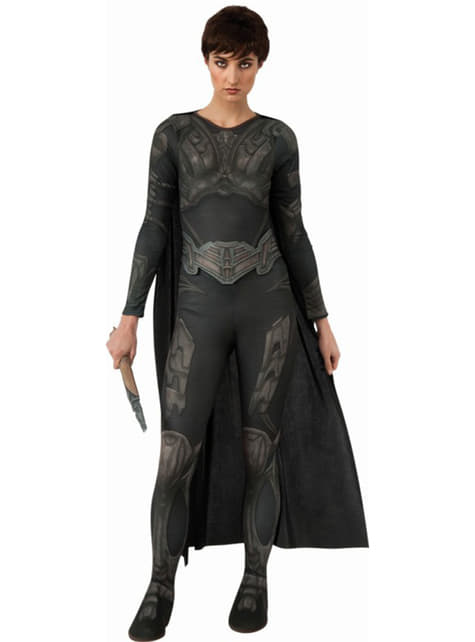 Faora Superman Man of Steel costume for a woman

You will be General Zod’s deputy and fight against Superman with this Faora Superman Man of Steel costume for a woman.

During a war on a distant planet called Krypton, Jor-El sends his son Kal-El to the Earth so that he doesn’t get killed. On arriving there, he falls into a small town called Smallville, where he is adopted by the Kent family and given the name Clark. Little by little he discovers who he is, but wonders why he is on Earth. As he grows up he tries to live like any other human, but simply can't and everything gets complicated when General Zod (Jor-El’s old rival) threatens to kill civilians if Kal-El does is not given up to him. In this story, Faora was the Deputy of General Zod.

This evil Faora costume includes a black jumpsuit with built-in boot covers in grey as well as the characteristic black cape of the character in the film The Man of Steel.

Upload your photos to Instagram with the hashtag #funidelia followed by #funidelia05211.