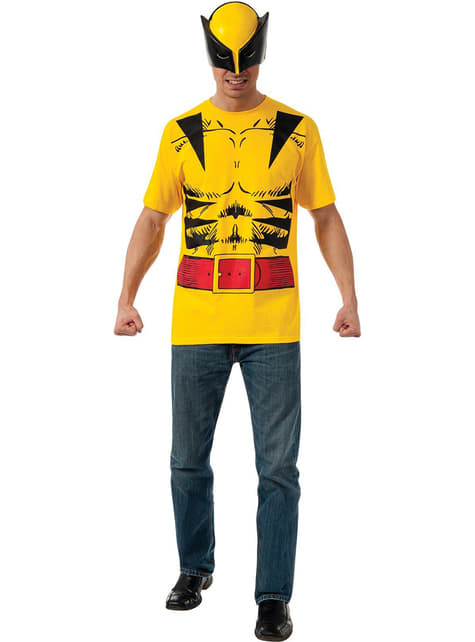 Lobezno costume kit for a man

Heal your wounds and fight against evil with this Lobezno costume kit for a man.

In the fictional universe of Marvel, Wolverine has regenerative powers that can heal any wound, as mortal it may be, and this same power makes him immune to any disease on Earth and some aliens (except for the zombie plague). He also possesses superhuman strength, which while it does not compare to that of other superheroes as Hulk or the Mole, it does surpass that of any human. Into the bargain, his regenerative powers manage to keep him 'young', he ages very slowly, so he seems like a 30-year-old man, despite being more than 200 years old. In addition to his mutant powers which are due to a mutation in his genes, a coating of Adamantium was implanted on his skeleton.

This fierce kit costume includes a yellow shirt with muscles marked in black and a red belt printed on it, and a yellow and black PVC mask.

Upload your photos to Instagram with the hashtag #funidelia followed by #funidelia05175.