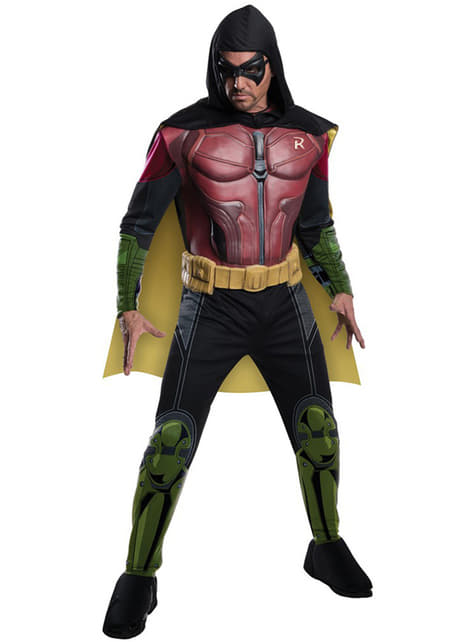 Robin is a fictional character from DC Comics, a young companion to Batman the superhero. Since 1940, several characters have occupied the role of Robin, the original and best known has been that of Dick Grayson. All versions of Robin have been those of a young boy with a colorful, very positive and cheerful costume, which contrasts perfectly with the dark appearance and serious personality of Batman.

This hunky Robin costume includes a jumpsuit with a muscular, red chest with green and black sleeves and trouser legs going with the black boot covers. Also includes a cape with a black hood, a yellow belt and a black eye mask which helps Batman’s assistant to protect his identity. 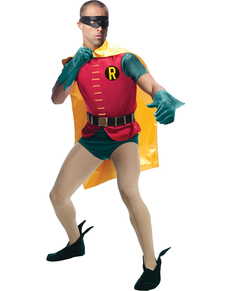 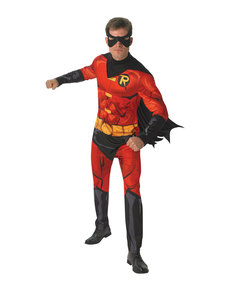 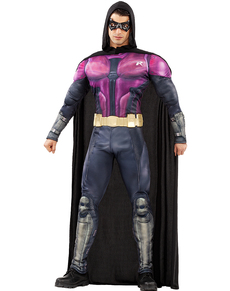 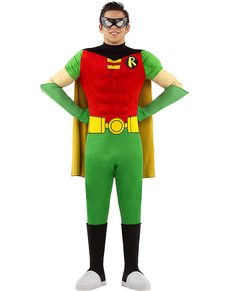 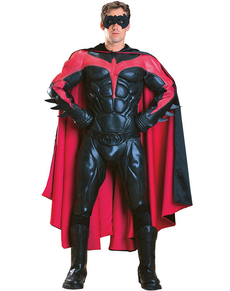 Upload your photos to Instagram with the hashtag #funidelia followed by #funidelia05265.