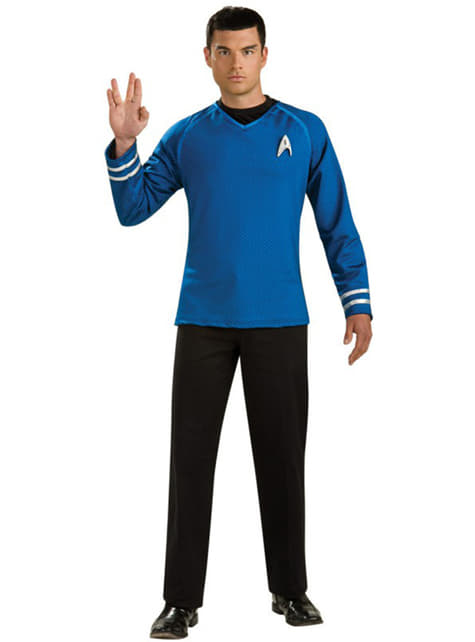 Star Trek is a franchise of science fiction movies and television series. It was created by Gene Roddenberry in 1966, has a worldwide reputation and is regarded as a cult phenomenon. It focuses on the history of the United Federation of Planets, and the years prior to its founding, ranging from the year 2063, when the first contact between humans and an alien race, the Vulcans, occurs until the year 2379, when the Federation experiences glorious but at the same time very difficult times when the possibility of having to deal with the two major superpowers of the Galaxy: the Domain and the Borg Collective is introduced. Among the most prominent characters are Spock, James T. Kirk (Captain Kirk), Scotty (Montgomery Scott), Nyota Uhura, Nero, Klingon, etc.

This exclusive Spock costume includes his characteristic yellow t-shirt and the silver Enterprise insignia on it. 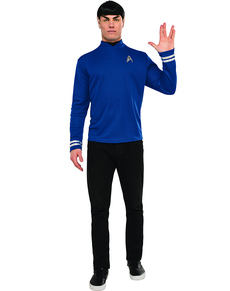 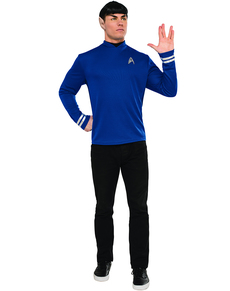 Upload your photos to Instagram with the hashtag #funidelia followed by #funidelia05247.