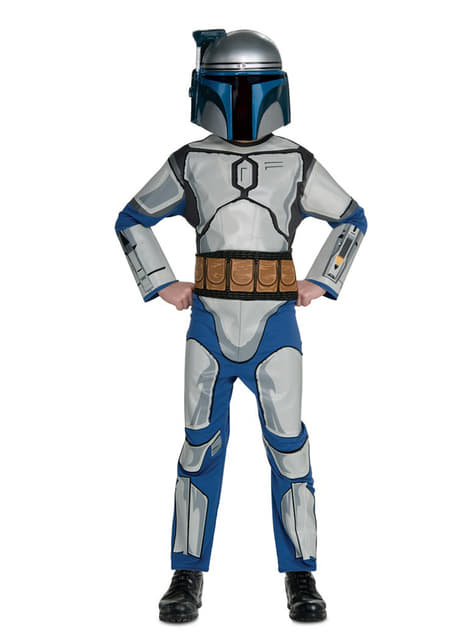 Jango Fett is a character in the Star Wars universe. He was played by Temuera Morrison in Episode II of the series: Attack of the Clones, this being the only film in which he appears. Fett meant capture or death and was regarded as the best bounty hunter and mercenary in the galaxy. A specialist in combat, he had Mandalorian armor which included a helmet that gave him a respectable appearance.

This costume includes a silver and blue jumpsuit and a spectacular mask. 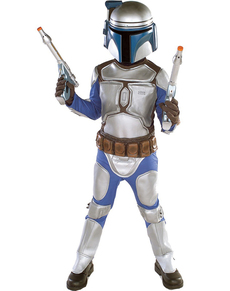 Upload your photos to Instagram with the hashtag #funidelia followed by #funidelia12242.