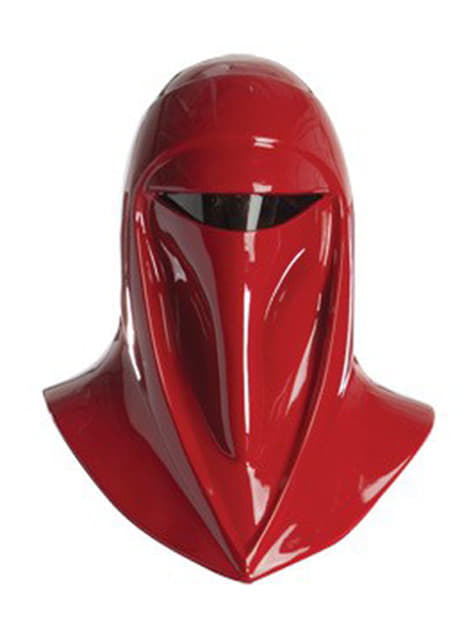 You'll be the strongest and most intelligent solider who is most loyal to the Emperor with this Supreme Star Wars imperial guard helmet.

Tall and imposing in their blood-red robes, the Emperor's Royal Guards were the most mysterious and deadly soldiers of the Emperor. The elite group of Royal Guards were once assault soldiers, chosen to be separate from the rest because of their height, strength, intelligence, and above all, their loyalty to the Emperor and they were provided with the best equipment and the best training. Only the most prominent, strongest, most intelligent and most loyal assault soldiers can be part of this legion. Those elected receive an arduous psychological and physical training including hand to hand combat and combat with a variety of weapons. They served as bodyguards, soldiers, spies, assassins and sometimes executioners.

Includes an awesome adult-sized red helmet, elongated and with a black visor which provides an intimidating look.

Upload your photos to Instagram with the hashtag #funidelia followed by #funidelia44641.