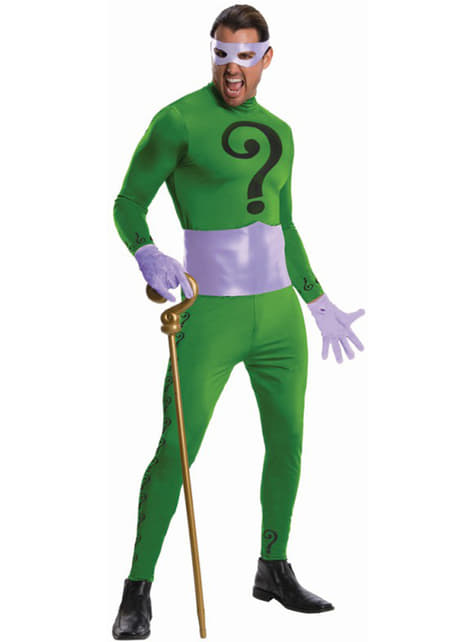 Roll over image to zoom in
Video
OFF

You'll be the most intelligent of the criminals that plague Gotham with this The Riddler Classic 1966 Grand Heritage costume .

Riddler is a fictional character and an enemy of Batman. He was created by Bill Finger and Dick Sprang, his first appearance was in Detective Comics No. 140 (1948). Known for his green suit with a question mark on it, Riddler is obsessed with puzzles and word games. He likes to commit crimes and to confuse the police and Batman by giving them complex puzzles and building mechanical devices , crafts, puzzles, cards, series, or notes. Unlike most of the villains in Batman, the Riddler is not a psychopathic killer and doesn’t have severe mental problems. He is just a bit narcissistic and has an enormous ego, which makes him boast of his intellectual superiority to Batman. Their direct conflicts with the Riddler are typically more cerebral than physical and usually involve defeating the other intellectually.

This spectacular costume of The Riddler includes a fantastic green jumpsuit, with a big question mark on the chest and small question marks on the sleeves and legs, a purple mask, a purple belt, purple gloves and a question mark-shaped cane. 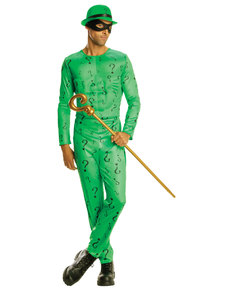 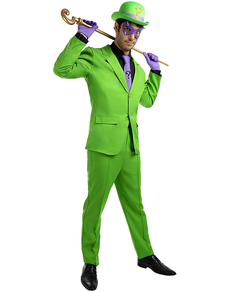 Upload your photos to Instagram with the hashtag #funidelia followed by #funidelia05162.